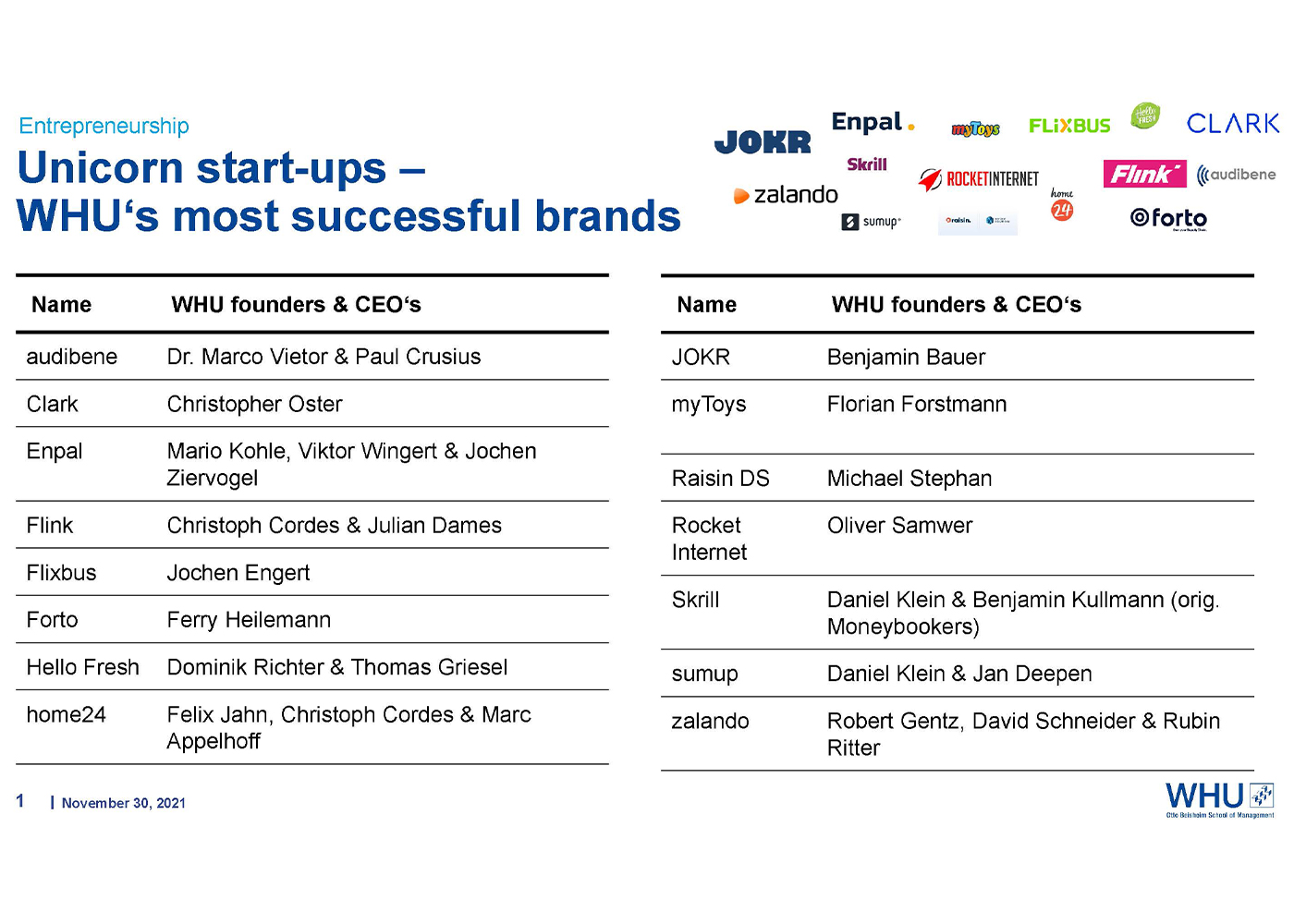 Another startup co-founded by an alumni of WHU – Otto Beisheim School of Management has made it: the quick commerce service Jokr has become a unicorn. The company's business model is to deliver any grocery order placed via app within 15 minutes – free of charge and with no minimum order value. The examples of Gorillas and Flink show that Jokr is not alone in this and that a revolution is currently taking place in the grocery industry. Previously, these two German delivery services with the same business model had already achieved a market valuation of more than one billion US dollars and thus unicorn status. However, Jokr is initially focusing on emerging markets such as Mexico and Peru rather than Europe.

In Jokr’s latest financing round, venture capital firm G Squared, along with legacy investors, invested another 200 million US dollars. The startup was founded, among others, by Ralf Wenzel, who already founded Foodpanda and most recently worked as Managing Partner for SoftBank, and Benjamin Bauer (MSc 2012), alumnus of WHU. Thus, Jokr has now become the sixth unicorn this year and the 15th overall to be founded or co-founded by WHU alumni.

Analysis by venture capital firm Antler shows that WHU's entrepreneurial ecosystem and the Master in Entrepreneurship program provide an excellent breeding ground for startup founders. Their "unicorn founder roadmap" concludes that the two leading German universities in terms of startups, WHU – Otto Beisheim School of Management and the Technical University of Munich (TUM), have fostered more than a quarter of all unicorn founders in the DACH region over the past 20 years. At WHU, there are an average of 1.4 unicorn founders for every 1,000 alumni – undoubtedly an impressive figure. Calculations by TUM support this claim and it is shown in their "Benchmarking the Entrepreneurship Performance of German Universities" study that WHU produces the most startups in Germany relative to student body size. In absolute terms, it still ranks third among all universities despite having significantly fewer students than TUM or Ludwig-Maximilians Universität München (LMU), which hold first and second place respectively.

How is a WHU unicorn defined?