“A New Awakening or More of the Same”

Seldom before has the outcome of a Bundestag election been closer than this year. A number of coalitions are imaginable, and in the end, just a few percentage points will make all the difference. In order to provide students of WHU – Otto Beisheim School of Management and local cititzens with the opportunity to get a first hand impression of the candidates and their respective partys’ plans for the future, the business school inivited four Bundestag candidates to a political debate – including a live connection from  Berlin.

It was an exciting evening at WHU when four Rhineland-Palatinate Bundestag candidates - Verena Hubertz (SPD, Trier), Julian Joswig (B'90/Die Grünen, Mosel/Rhein-Hunsrück), Dr. Andreas Nick (CDU, Montabaur) and Sandra Weeser (FDP, Neuwied/Altenkirchen) - argued in a panel discussion entitled “A new awakening or more of the same? What Germany needs in the next four years". The politicians, three of whom WHU alumni, focused on topics such as digitization, education, climate protection, and finance. Concerning digitization, the candidates were largely in agreement that Germany needs to make a leap forward in this area in the next legislative period. "We really need the clout to tackle these problems," stated Verena Hubertz, criticizing SPD’s coalition partner from the CDU/CSU. Unlike in rural areas, where there is often a a lag in terms of digital infrastructure, WHU’s extensive capacities in this area meant that the event could take place in hybrid format and online participants could also pose their questions live in the subsequent Q&A session. Dr. Andreas Nick, who would not have been able to make it to Vallendar in time due to a debate in the Bundestag, was able to join the discussion live from Berlin. 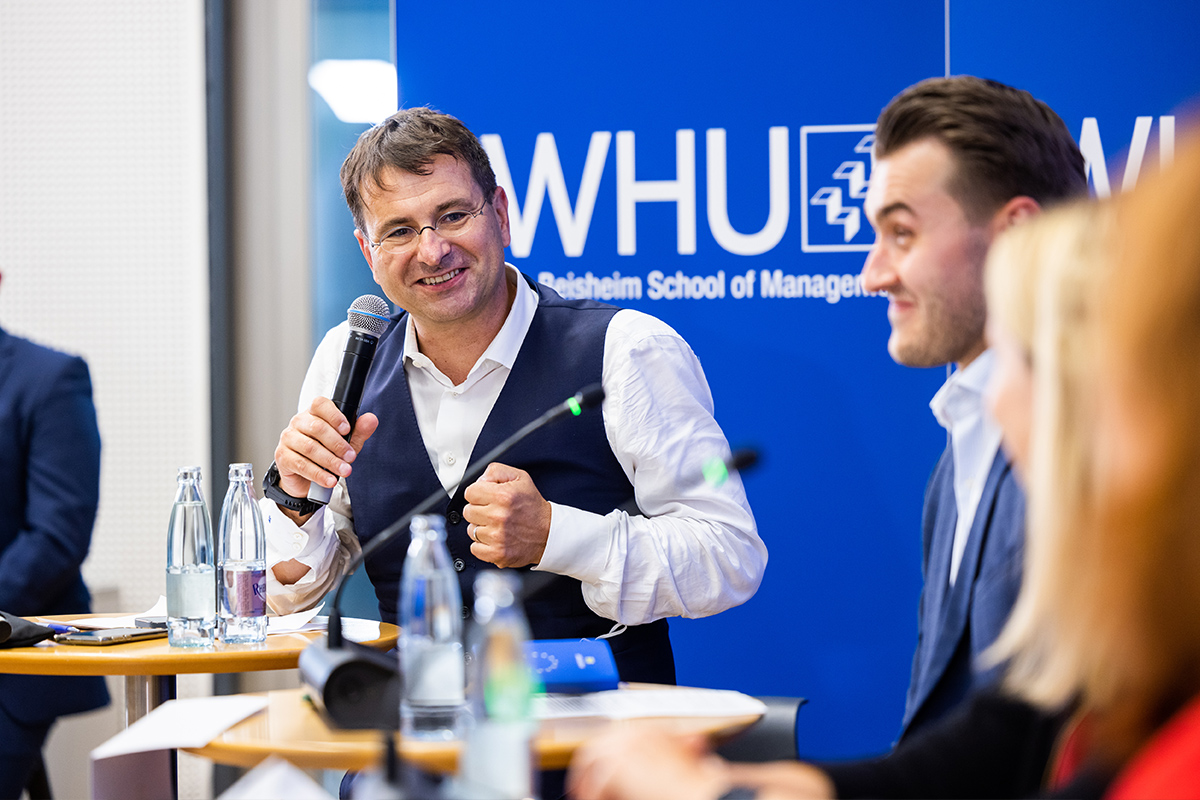 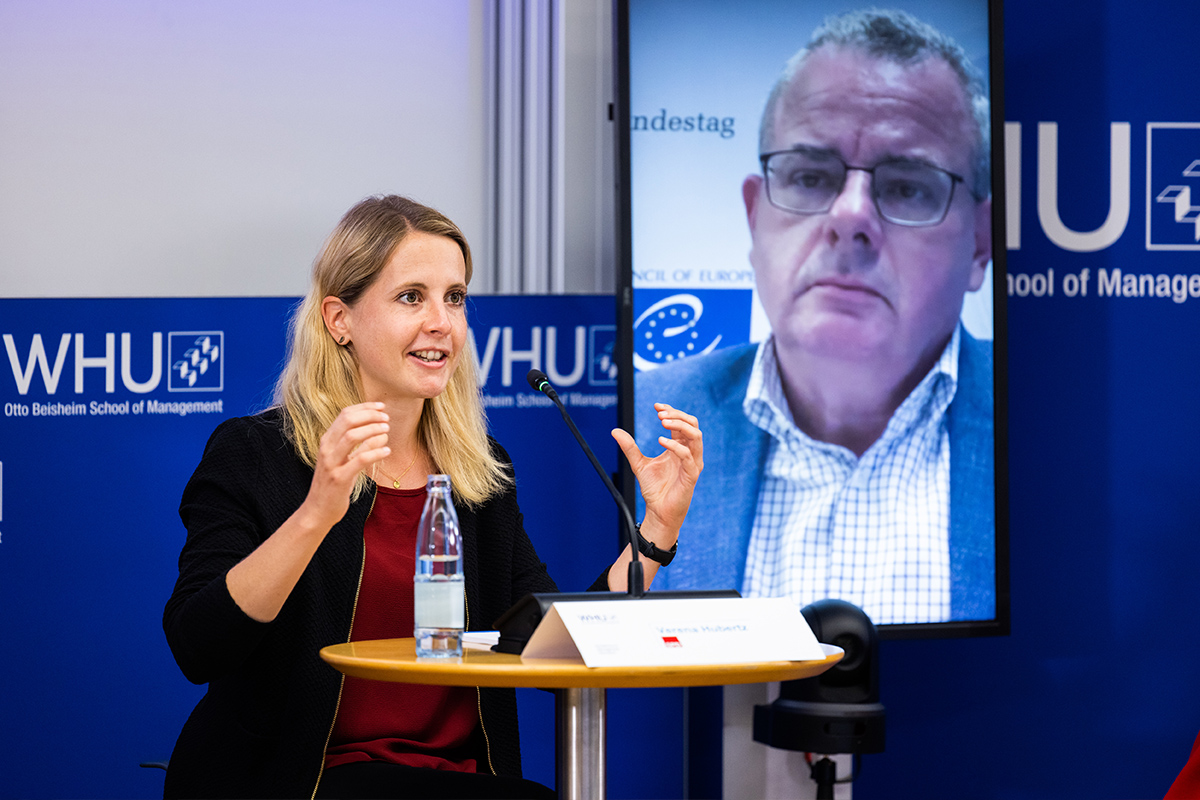 The topics of climate change and energy policy were particularly  intriguing for the numerous young people who followed the debate on site or online – a topic that is naturally very near and dear to the hearts of Julian Joswig and his party. "There is no denying the climate crisis is real, and the example of the Ahr Valley has made that visible once more in a very dramatic way," the Green Party candidate commented, recounting a tour with a forest ranger in his constituency earlier that day which had left him truly concerned. With regard to the expansion of the supply network of renewable energies, Andreas Nick spoke out in favor of accelerating approval procedures and called for more consistent policies.

In the final Q&A session of the event,presented by WDR journalist Jörg Sauerwein, participants were still chomping at the bit to get the chance to ask candidates a few more questions on topics ranging from nuclear energy as a transitional solution to future prospects for young people in Germany. One online participant asked, "I am 23 years old and my entire professional career lies ahead of me. Why should I stay in Germany and what do you do to support and encourage my generation to contribute to our own economy instead of traveling elsewhere where we may have better chances?"

WHU was keen to help shape opinions through its organization of the the panel discussion ahead of the election on September 26. Above all, the business school hoped to encourage young people to get more involved in society and politics. The extensive support at the event from various political groups at WHU was evidence of this goal.

Click here to view the recording of the panel discussion