forumWHU 2020 on the Decade of Change

Under the title "Forward Thinking - Decade of Change," [Richtungsweisend – Jahrzehnt des Wandels]  this year's forumWHU - Wirtschaft in der Verantwortung took place on November 20 and 21. For the first time since its foundation, the congress was not held at the campus of WHU – Otto Beisheim School of Management in Vallendar but took place virtually. For more than a decade, the two-day, student-run event has facilitated an exchange between prominent figures from politics, business, and society.

“As for the future, your task is not to foresee it, but to enable it.” With this quote of the French author and poet Antoine de Saint-Exupéry, the congress was opened on Friday, November 20. But how do we want to shape our future? And what do we have to do today to enable the life of tomorrow?

In a particularly impressive manner, Christian Wulff, former President of Germany and patron of forumWHU, described his forward thinking thoughts in a keynote: "We should learn from the past that the future cannot be predicted." In today's polarized world, it would become increasingly difficult to make reliable forecasts, Wulff said. Events such as Brexit or Trump's surprising election victory four years ago would have made this more evident than ever before. As a result, individual votes seem to become even more important for such forward thinking events.

As Wulff had already argued at the last forumWHU, it would be the task of Millennials and Gen Z to ensure the cohesion of society. To meet this responsibility, one would have to form their comprehensive picture. For the decade of change, we would therefore need not only curiosity and openness but also examine facts with the utmost diligence.

Christian Lindner, chairman of the political party FDP and member of the Bundestag, also used his keynote speech to promote his forward thinking ideas. Lindner pleaded above all for tolerance: We would have to be careful that our acceptance of other, divergent opinions does not diminish, he argued. Progress would be linked to the fact that we can experiment with opinions. In the light of developments in Belarus and Hong Kong, Lindner warned that this must also apply at an international level. In the decade of change, we must therefore be wary of holding on to tolerance and our fundamental values of freedom. 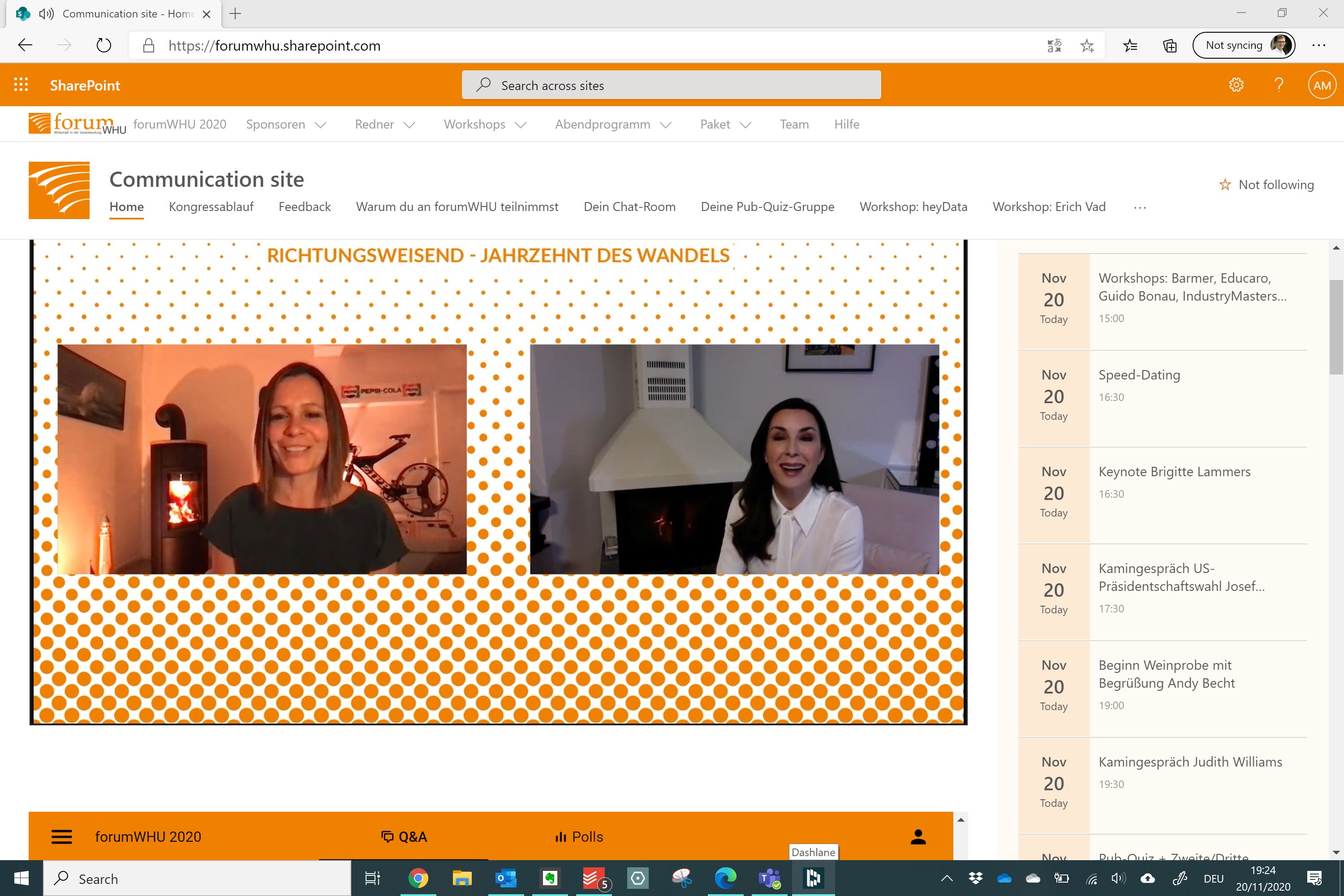 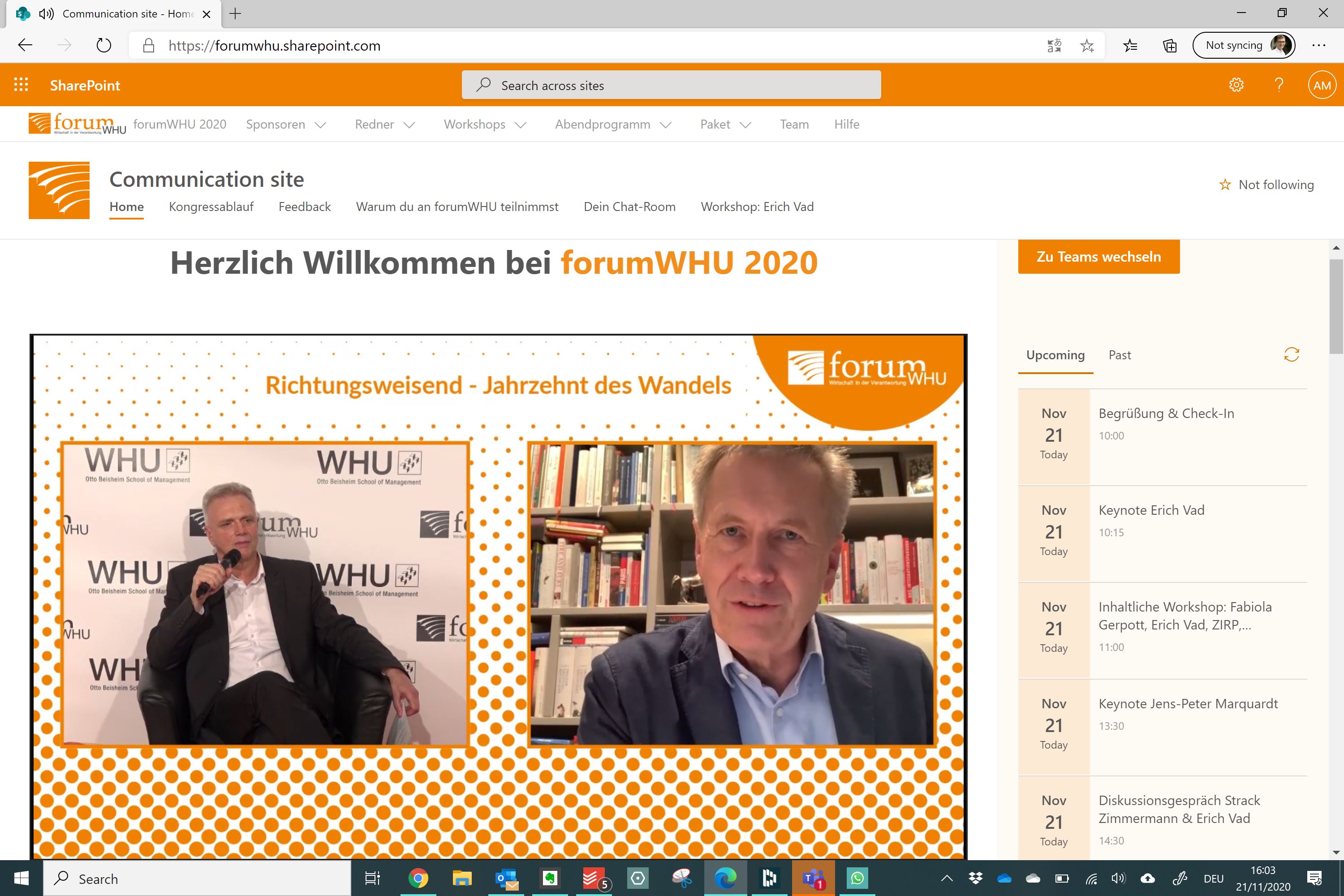 Judith Williams, who gained national recognition as an investor in the German version of Shark Tank ("Die Höhle der Löwen"), voiced her forward thinking thoughts during a keynote on the topic of female leadership. As a young entrepreneur and TV personality, she would often have had doubts and had to justify her actions. Empowering women, developing an appropriate mindset and having the necessary discipline would be decisive for success or failure in this decade of change.

Dr. Erich Vad, the former advisor for security and defense policy in the German Bundestag, also shared his forward thinking thoughts with the participants of the 17th forumWHU. Concerning German and European security policy, he raised the question as to what kind of Europe we want: How do we deal with arriving refugees? How do we want to protect ourselves from the growing influence of China? And what role do we leave for the USA? According to Vad, to answer these questions, we would first have to clearly define our strategic interests. It would no longer be enough to "look to America and wait" as we have done in the past. Especially in this forward thinking decade of change, he concluded, yesterday's approaches would no longer help us solve the challenges of tomorrow.