Sustainability as the continuing focus of SensAbility - The WHU Impact Summit

Temperatures are rising, vegetation is suffering, entire animal species are becoming extinct - by the end of the century, the human species could also be affected if nothing is done to avert the peak of the crisis we are already in. What we need? Innovative ideas to reduce CO2 emissions, increased public awareness followed by a change in consumer behavior, more nature and fewer corporations destroying it for the sake of profit.

This year's conference, organized by the student initiative SensAbility at WHU - Otto Beisheim School of Management and moderated by Gerrit McGowan, Managing Director of the WHU Entrepreneurship Center, looked at the background, hurdles and prospects for success of sustainable entrepreneurship from all sides. Since its debut in 2010, SensAbility - The WHU Impact Summit has functioned as a platform for international students, companies, young professionals, and investors. As is customary, the program included inspiring lectures, practical workshops, panel discussions, and an aptly named Pitch Battle followed by an award ceremony and numerous networking opportunities.

"We do not just plant trees, but also hope and a future."

Leading by example is the European search engine Ecosia, whose concept was outlined by company founder Christian Kroll in an inspiring keynote speech. In green letters, the now 80-strong team has "revolution" written on its flag, but unlike various previous examples in European history, this is to take place peacefully. Ecosia sees the most effective weapon in the fight against climate change as the promotion of the tree population. The company has already planted 122 million trees since it was founded in 2009. Only specimens which have survived the first three years of life are counted in this number. To achieve a sustainable impact, the tree plantations are still monitored years after they have been established, whether by drone imagery or on-site project visits. Kroll summed up the company's social motivation as follows: "Some companies plant trees to make money. We make money to plant trees."

How can companies prioritize sustainable transformations?

Representatives from companies like BOSCH, HENKEL, adidas and IKEA addressed this question in the first panel discussion. The consensus was that the first difficulty lies in determining at which points in the (sometimes) long supply and value chain what proportion of CO2 emissions is generated. The second step is to reduce these emissions. The biggest challenge here, they argued, is the current lack of technology necessary for breakthrough innovations. These types of developments require close collaboration between social startups, academia and supplier companies.

In the second panel discussion, company representatives from TETRA PAK, LANDBEL and SYSTEMIQ addressed the question of how a circular economy can prevent waste. The consensus was that there is no alternative to a changeover to a circular economy. Commitment is required from companies to enable an innovation strategy for circular value chains. Politicians are responsible for creating the right framework conditions and establishing regulatory mechanisms, but consumers must also be sufficiently informed to be able to do their part. 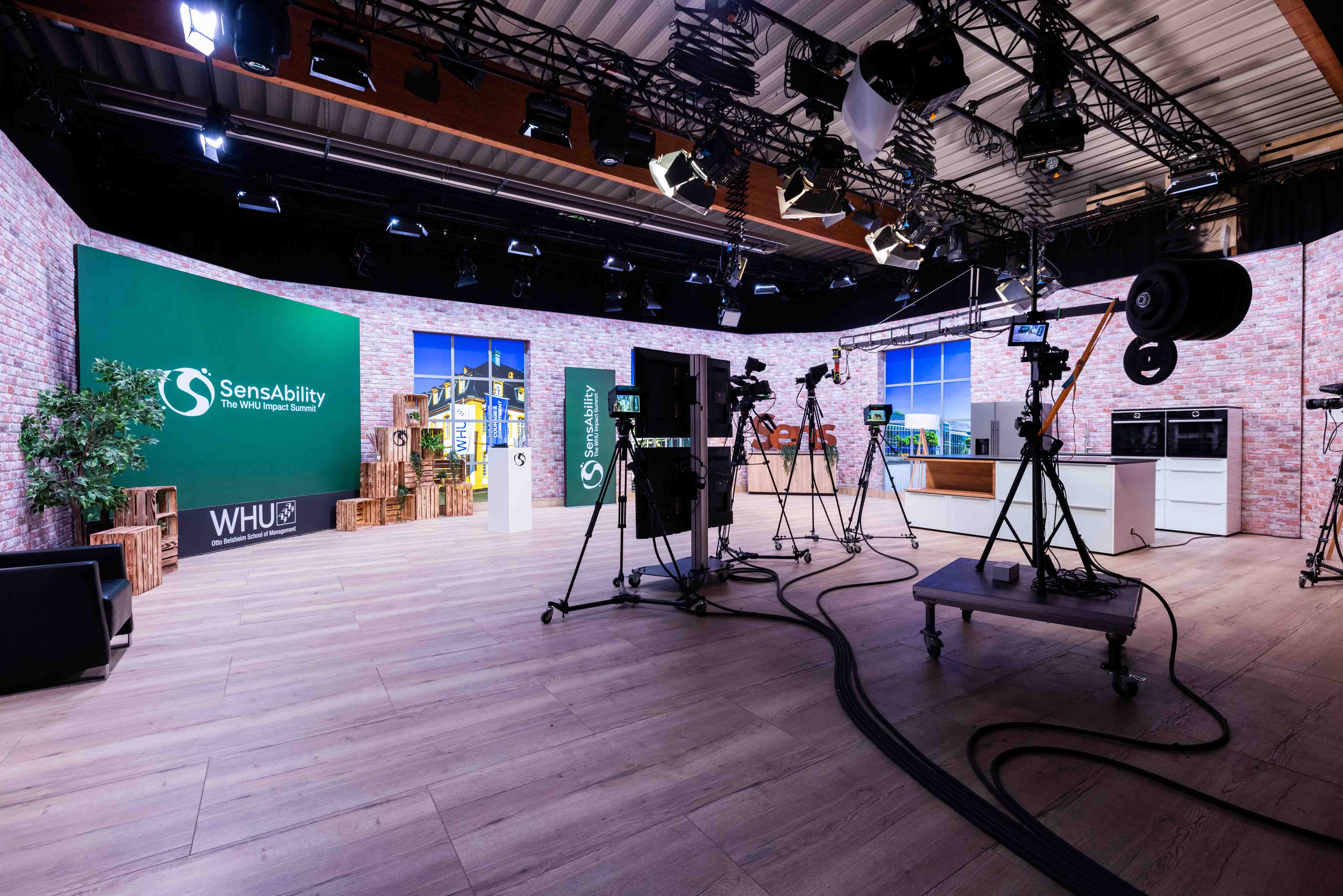 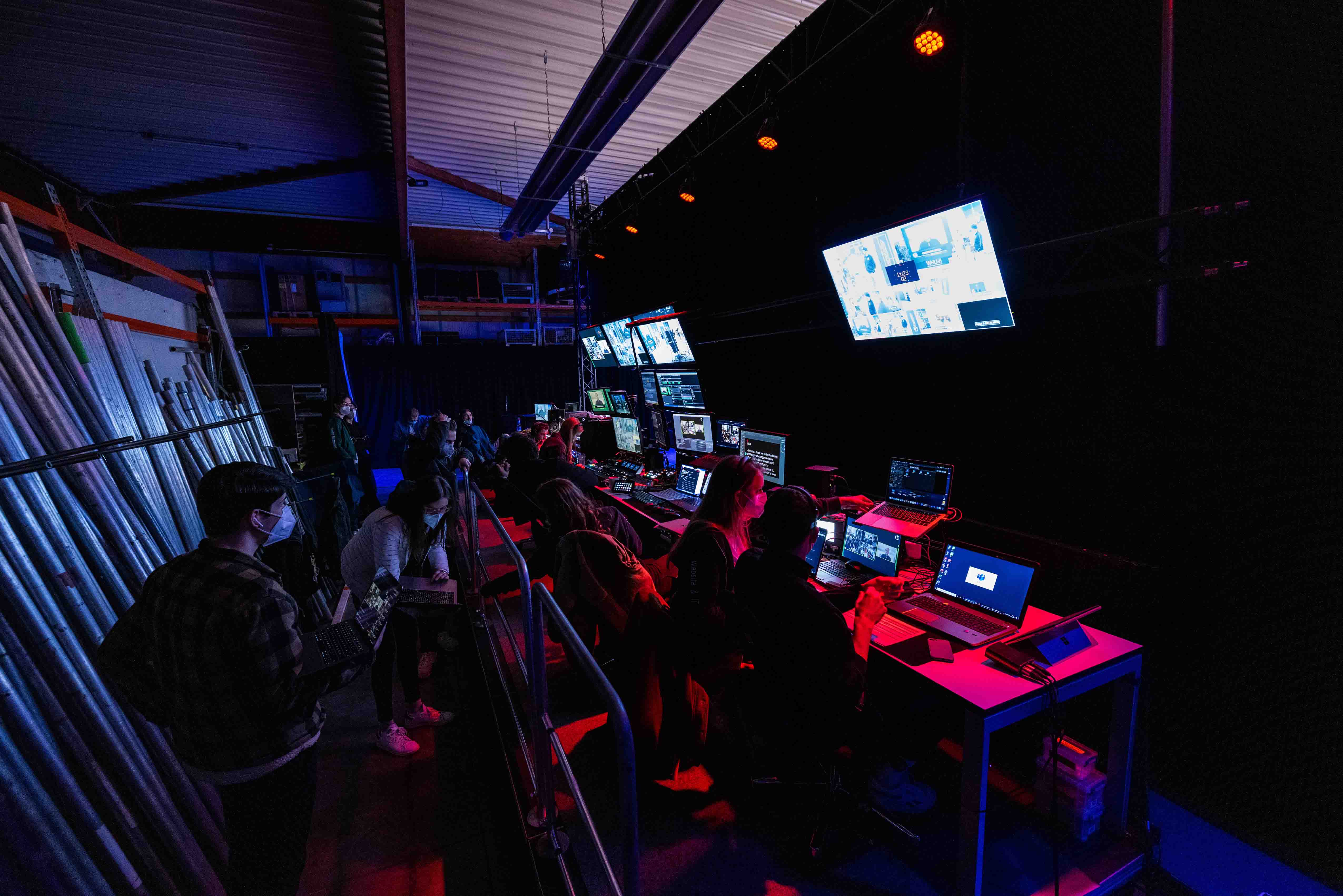 Behind the scenes: every successful event has a strong team behind it

Entrepreneurial thinking and business techniques to tackle social problems are the focus of social entrepreneurship. The goal of the concept of placing the social aspect at the center of the business model is to achieve a sustainable impact. However, starting a social enterprise is still difficult, as was noted during the third panel discussion with representatives of SEND and PROJECTTOGETHER as well as a board member of the GERMAN SUSTAINABILITY AWARD. On the one hand, this is due to the fact that a social enterprise does not fit into either of the two basic corporate categories of non-profit and for-profit and therefore experiences more difficulties on its quest to find investors. Nevertheless, the panelists encouraged participants to start social enterprises. "There are real societal challenges that we should all be tackling," said Henrike Schlottmann of PROJECTTOGETHER.

Until the last decade, there was widespread confidence that policymakers would find the right answers for the climate crisis. As discussed in the fourth panel discussion, it was only a few years ago that many came to the realization that this was not the case.  As articulated by the panelists, there is still a wide gap between the advice of the scientific community and the subsequent response of legislators. This intensifies the need for the further commitment of climate activists like Helena Marschall, spokeswoman for the FRIDAYS FOR FUTURE movement, because her special talent lies in lending an emotional component to scientific know-how. She is convinced: "Climate action does not have to hurt. It can bring us together as a community if we shape this change in such a way that it is an enrichment for all of us. We don't have to be afraid of it, we need to be excited about it."

Pitch Battle: How social startups want to make the world a better place

As with every year, SensAbility - The WHU Impact Summit ended with a Pitch Battle, in which seven start-up founders presented their social enterprise idea to the four-member jury consisting of company representatives from GEXSI, GOOD PROFITS, ISSO and MISTER SPEX. At the end of the day, the start-up MOUFENSE, which produces and sells body lotion with mosquito repellent spray as an effective malaria prophylaxis in Africa, took first place. In second place was RAINCLOUD & SAGE, a company that offers wool produced in Germany that would otherwise be disposed of or incinerated. Third to earn a place on the podium was SOCIALBNB, a platform that provides private accommodation similar to AIRBNB, but donates 85% of the profits to local projects.

The creative ideas and innovative solutions provided a hopeful conclusion to the event, which surely inspired many more aspiring founders to create social business concepts. Some of them will certainly present their projects at one of SensAbility's future WHU Impact Summits.