Successful Financing Round for „Flink”

During its most recent financing round, the German start-up "Flink" has raised 240 million US dollars (approximately 205 million euros). Remarkably, US competitor and food delivery service "Doordash" joined the ranks of investors. Two of the co-founders of the Berlin-based groceries delivery service are alumni from WHU - Otto Beisheim School of Management. Even before starting the financing round, "Flink" had managed to achieve unicorn status according to its estimated market value.

The restrictions imposed due to COVID-19 certainly contributed their share, but the concept seems to have gone down well with consumers ahead of the pandemic: free grocery deliveries within just ten minutes is the business model of up and comer, "Flink". The Berlin-based start-up is now offering its services not only in Germany but also in cities in Austria, France, and the Netherlands. The latest financing round proves the founders around WHU alumni Christoph Cordes and Julian Dames right: in June, their company succeeded in collecting funds equaling 205 million euros.

The investors are first and foremost former partners such as the venture capital companies Cherry Ventures in Berlin and Northzone in London, as well as Rewe, Prosus, Target Global, and the Abu Dhabi sovereign wealth fund. The involvement of US competitor Doordash, which also invested in Flink but is not seeking a strategic partnership, is also noteworthy. However, Flink had already acquired the status of a unicorn before collecting money during the current financing round. At the moment, the company is valued at 2.1 billion US dollars (about 1.8 billion euros). Flink has thus succeeded in becoming a unicorn within just seven months. 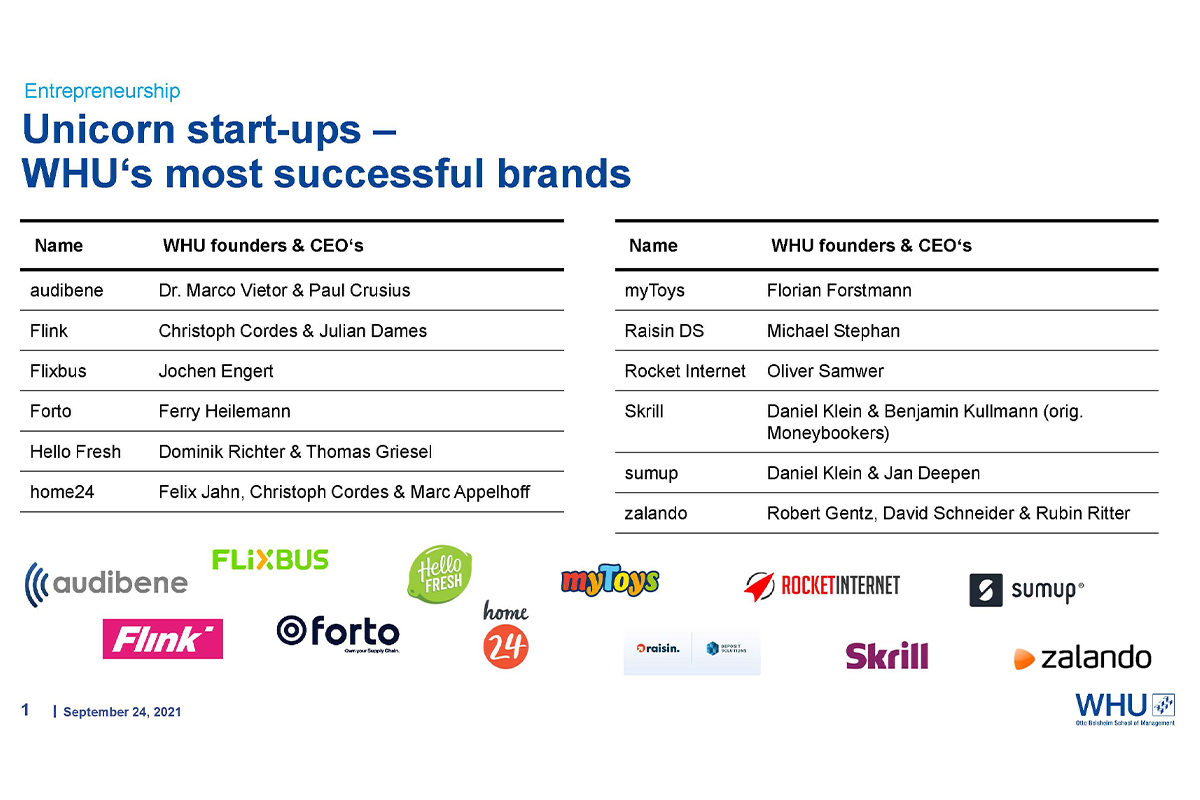